Lesson 1- The geography of Greece

Have a look at the map and pictures below. What can you see? What does this tell you about the climate and physical landscape of Greece?

Climate is the average weather conditions over a long period of time.

Weather is a specific event like a rain storm or hot day that happens over a few hours, days and weeks. 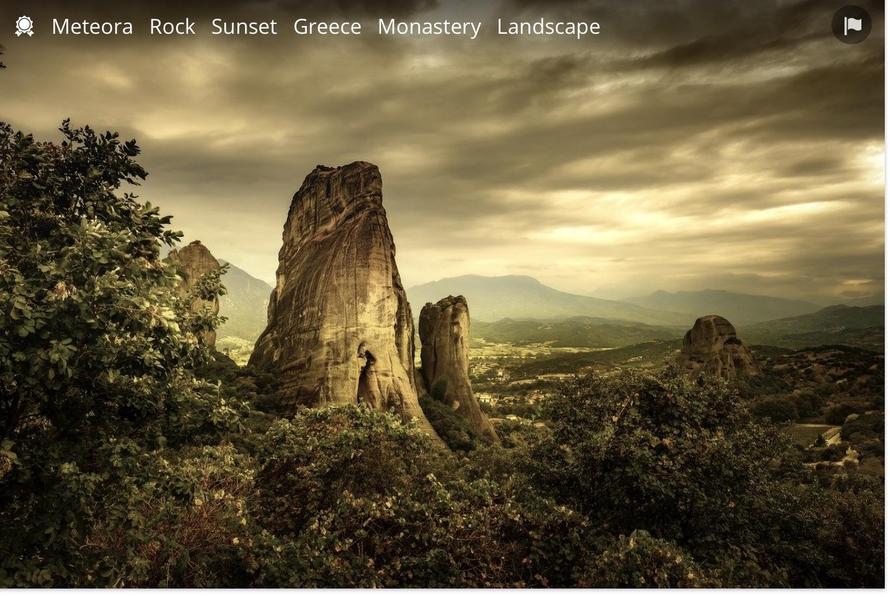 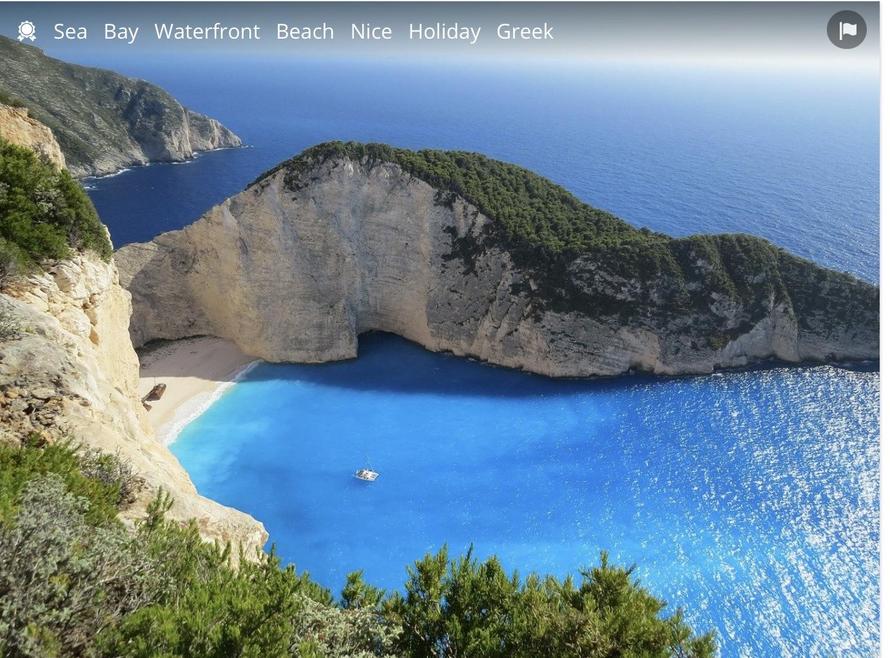 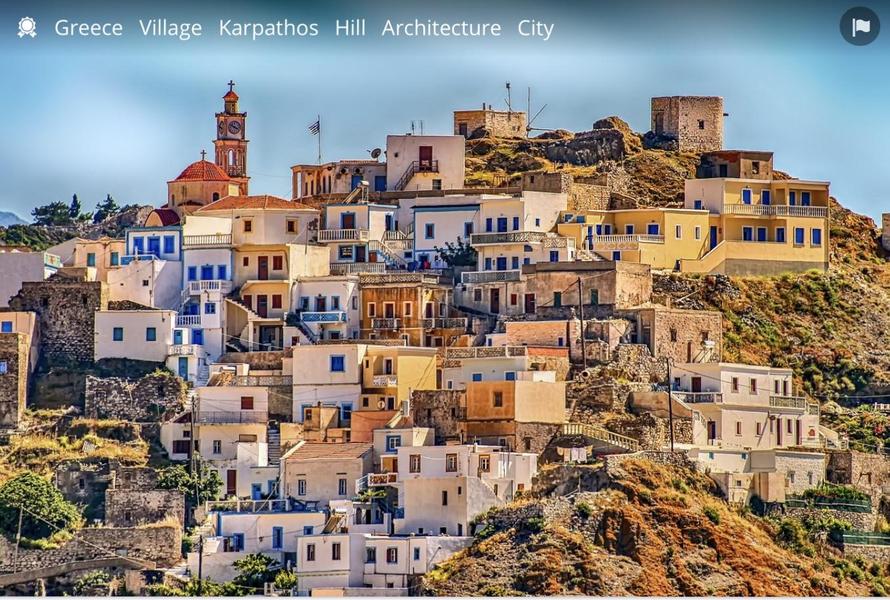 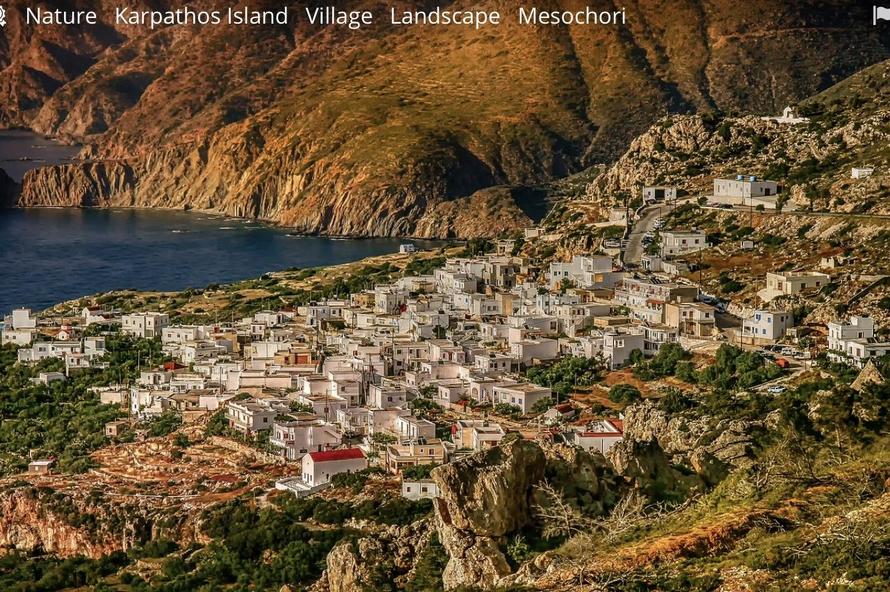 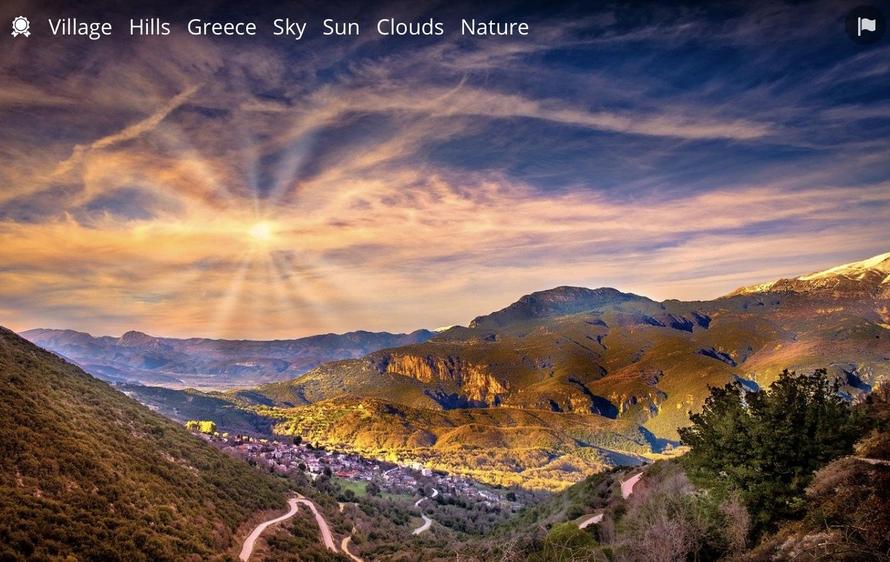 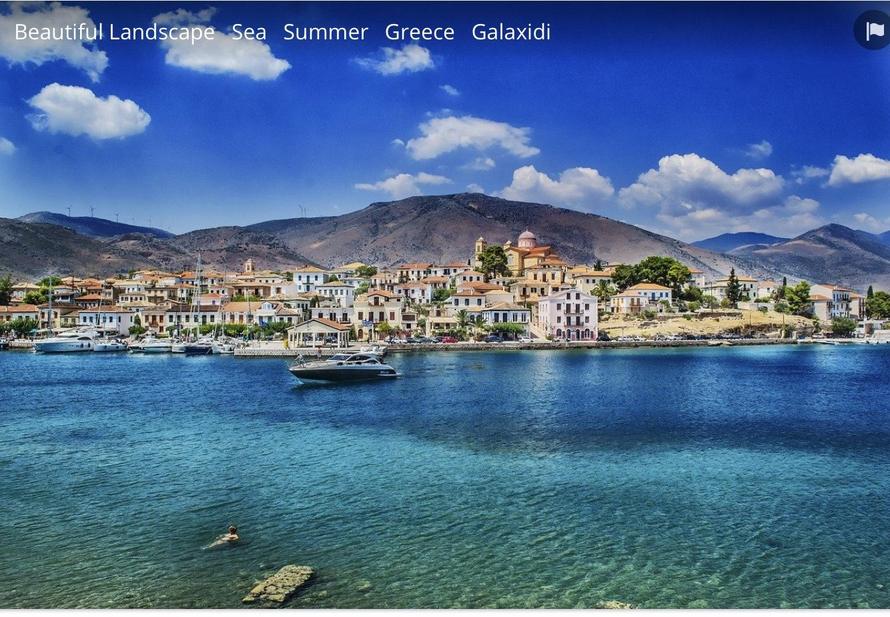 Look at the websites below to find out some more about the geography of Greece.

You have a choice of two activities (or do both if you like).

Mild:
You are on holiday in Greece. Write a postcard to a friend telling them about what it is like in Greece.

You need to include information on the climate, weather, the landscape and what you have seen.
use the template below or create your own (you can draw the picture on the front).

Can you make a travel guide about Greece. Use the template below and look at the websites above for information to include in your travel guide. There is a WAGOL to help you too (don’t copy it though!)

How did the geography of Greece influence the development of Ancient Greece? Have a look at the slides below.

Lesson 2- A timeline of Ancient Greece

We will be travelling back in time to Ancient Greece. Look at the timeline below to see where it fits in with other periods of history you have learnt about.

Read about Ancient Greece on the BBC website below. Find out about the different periods of Ancient Greek history.

Now make your own timeline of Ancient Greece using the information you have found out.

Here is an example but can you include information about each period.

Have a look at the information on the BBC website below to find out about what family life was like in Ancient Greece. Do you think it was the same for rich and poor people. Why?

The following activities will help you find out more about life in Ancient Greece using different sources of evidence. They will help you to understand how we know about things that happened so long ago.

The Agora was the market place. Have a look at the painting below. What can you see? Why do you think people visited the Agora?

Have a look at the document below which has different people talking about their reasons to visit the Agora. Pretend to be some of the different people on the cards. Ask someone in your family to interview you about why you are going to the Agora.
Look at the pictures of Ancient Greek artefacts below. They are all show things that would have been sold at the Agora. What do they tell you? Try and work out the answer to the questions by looking closely at the objects.

Did you get them all right?

Read this description of the Agora written at the time.

Pots from Ancient Greece are an important way we can find out about what life was like as they are often decorated with scenes of everyday life.
Have a look at the pot below and see if you can choose the right answer to describe the picture. 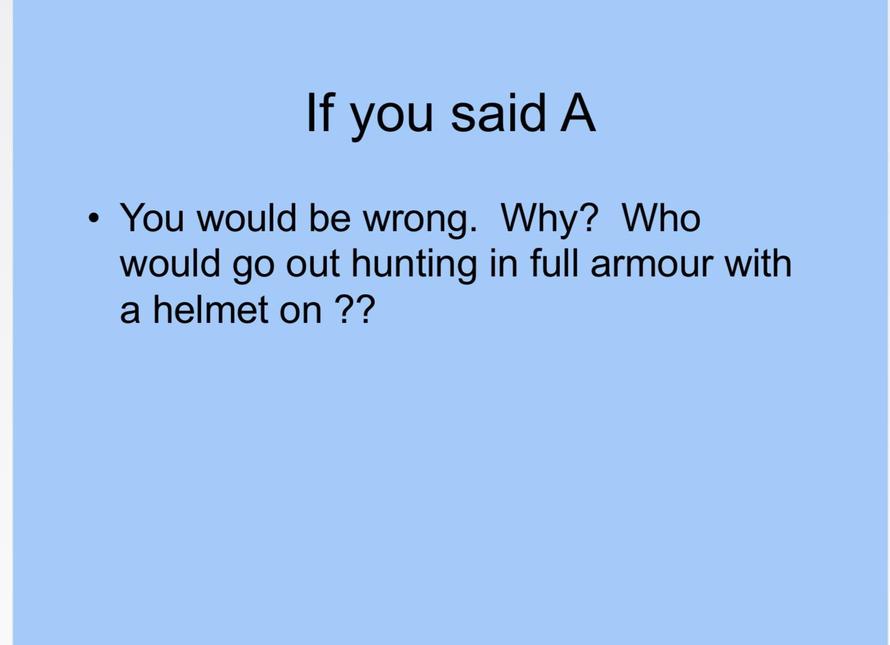 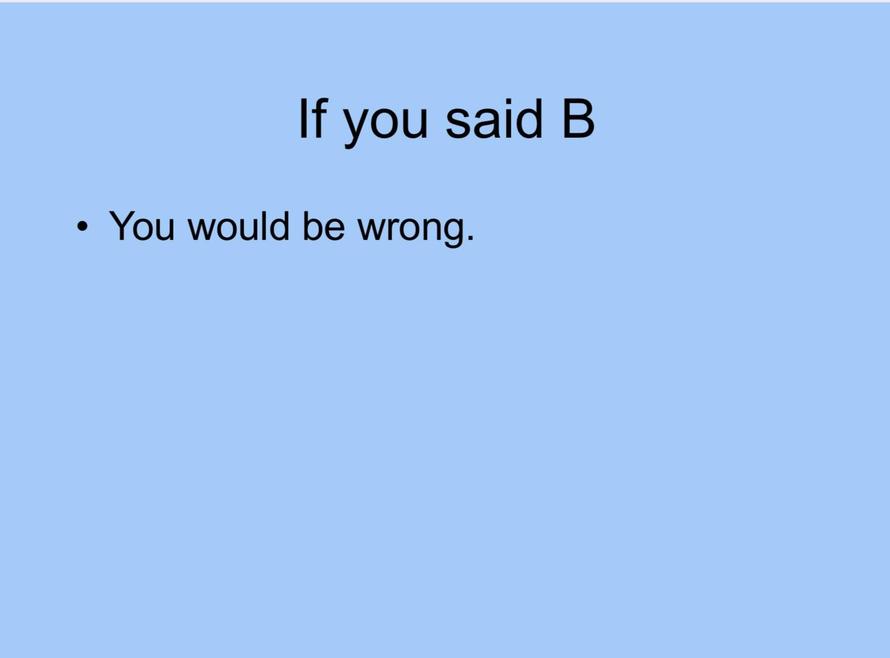 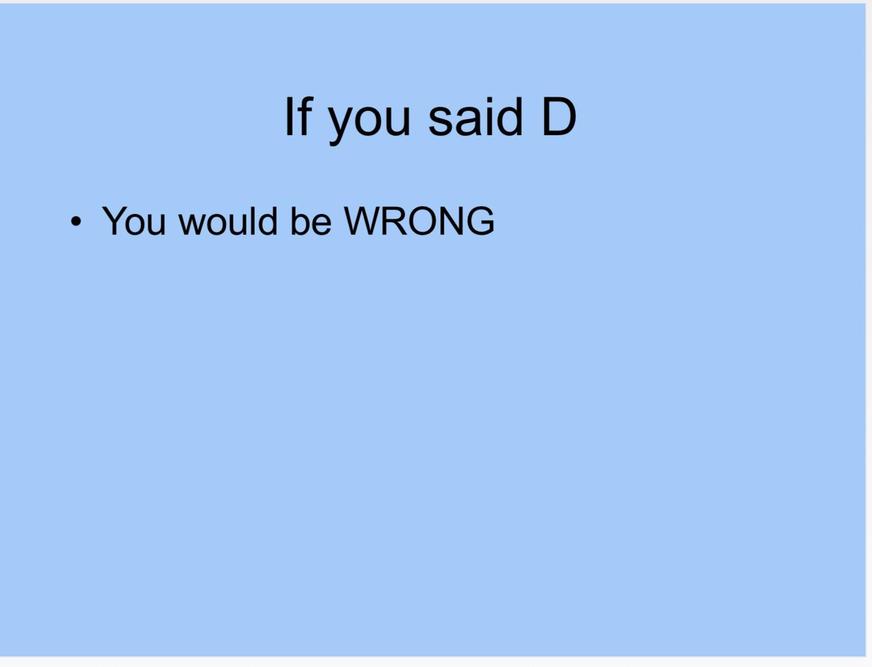 Have a go at another one...
What is happening here? Try and work it out and then look below for the answer. No cheating!

Lesson 4 - The Ancient Greeks at War

Ancient Greece was not one country as Greece is today, it was made up of lots of small states that were often fighting. Find out more about the Ancient Greeks at War on the BBC website below.

Activity 1 - The Battle of Marathon

The Battle of Marathon took place in September 490 BC on the plain of Marathon. It was fought between the Athenians and the Persians. Athens was supported by a small force from the city of Platea. The battle was the end of the first attempt by Persia, under King Darius I, to conquer Greece. It was part of the first Greco-Persian war.

Look at the slides to find out more about the a Battle of Marathon and then complete the activity to put the events in the correct order.

Find out about the battle of a Marathon

There were a number of reasons why the Athenians beat the Persians at the Battle of Marathon. Look at the list below and order them from the most important to the least. Explain your decisions.
Have a look at these pictures to see if they help you make your decisions.

Activity 2. - Sparta
Watch the videos below that talk about the differences between life in Athens and Sparta. Where would you rather live?
After click on the worksheet link and identify which statements are about Athens and which are about Sparta. You can print it or write 2 lists of facts one for Athens and one for Sparta.

In this episode of Garner It!, we take a look at the differences between the city-states of Athens and Sparta. We compare their lifestyles, governments, economy, education and more.

This is Sparta: Fierce warriors of the ancient world - Craig Zimmer

Find out what it was like to grow up in Ancient Sparta.

The Pentathlon and the Ancient Greek Olympic Games.

Find out about the events that made up the Pentathlon.

The Pentathlon was made up of five different events and took place on the afternoon of day two of the ancient Greek Olympic Games. If one athlete won the first three events – discus, javelin and jumping – the final two events, running and wrestling, were cancelled.

Discus Throwing
This was the first of the five events. To ensure fairness, three official discuses were kept at Olympia and we believe that throwers made a three-quarter turn before throwing.
Most surviving ancient discuses are made from bronze.

Javelin Throwing
Javelins were made from elder wood and were made to be about the height of the athlete. Athletic javelins were made lighter than military ones, to throw for distance.
Javelins were thrown using a leather thong wrapped around the shaft. This would unwind to make the shaft spin and ensure a steadier flight.

Long Jump
We believe that the long jump was a standing jump, using two weights called halteres,
These halteres would be made from stone or metal, probably lead. The style of the weights changed with time. Pegs in the ground marked previous jumps in the competition.
The long jump was often accompanied by music.

Running
If there were no winner after the first three events, the next would be running.
This would usually be a sprint, one or two lengths of the stadium.
There was a starting block of grooved stone and the athletes stood with arms stretched forward, one foot in front of the other.
False starts were punished by flogging.
Reaching the turning post could cause collisions, fouling and cheating during the turn.

Wrestling
Wrestling was the last event.
The wrestlers were covered in oil so it was hard for them to get a grip on each other.
If an athlete’s back or shoulders touched the ground, it was a “fall”. Three falls won the fight. Fights went on until there was a winner.
Refereeing was easy, as sand from the ground showed if shoulders or back had touched.

Look at the slideshow of artefacts showing these different events. Can you work out which shows which event?

The Games were not just a sporting event. Look through a programme of events and try to find out  the two other main things that mattered to the Greeks.

Can you see that there was a strong religious element as well as the Games being used to practice events that would help them in war time. Look at the events and sort them into 3 areas:

Lesson 6 - The Legacy of Ancient Greece

How did the Greeks change the world? Find out by looking at the BBC website and watching the video below.

Come learn all about Ancient Greek history in our video "Ancient Greece for Kids".

Activity 1 - Odd one out

Have a look at the images relating to the legacy of what the Ancient Greeks left behind and how they have influenced our lives today. Can you work out which are Greek influenced images and which are not. There are 6 pictures that shouldn’t be there (red herrings). Can you spot them?

Find 15 words in this story that derive from Greek words. Score points for each one you get right.

Watch this compilation of Horrible Histories Groovy Greeks for some fun facts about Ancient Greece.

Learn more about the Groovy Greeks in this compilation.

Take this quiz to find out how much you know about Ancient Greece.
Top
Cookie information
Cookie Notice