What type of person do you think would apply for this role?

What attributes would they need?

What do these words mean?

Can you find a definition for each of them?

Can you find you own word that are similar to these?

Can you create 3 sentences using these words to explain why you would be a good candiate for the advert?

Thinking about the sentences you created in the last activity. Why would you be a good addition to Shackleton's expedition?

Have a look at these letters of application that some children have written.

Can you write your own application letter?  Why should Shackleton pick you for the journey?  What would you be looking forward to?  What skills and equipment would you bring?

Once you have finished - taken a photo - you could make your paper look old.

Here is a guide on how to do it.

Have a look at the following crew members from Shackleton's journey

The unknown giant of the Heroic Age of Antarctic Exploration. Frank Wild played a significant role in several of the most important expeditions, being on board when the Discovery sailed for McMurdo Sound in 1901 so heralding the start of 20 years of epic exploration and adventure. No one else was so involved and no other explorer spent so long in Antarctica. 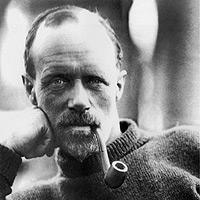 Eccentric and indispensable to the expedition, Worsley's uncanny navigational skills could hit small islands at hundreds of miles range with only occasional readings, the minimum of instruments and in the worst possible conditions. 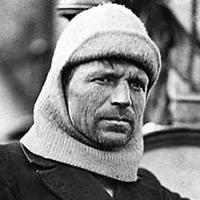 One of two surgeons on the expedition, Macklin also had the job of driving a team of sled dogs and caring for all the expeditions dogs. Usually medics would have little to do professionally on an Antarctic expedition, being there for the unexpected accident or illness that may happen amongst the predominantly young and usually very fit men, as the difficulties of the voyage increased however, he found his skills increasingly called upon. 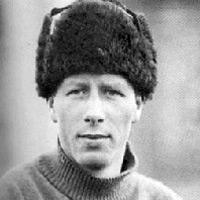 The smallest man on the expedition, Hussey's interview with Shackleton ended with "Yes, I like you, I'll take you." Shackleton told him afterwards he took him because he thought heI looked funny! Hussey's ready wit and banjo playing helped raise morale. When the men were only permitted 2 pounds of personal effects after the Endurance sank, Shackleton took Hussey's banjo along even though it was way over the allowance. 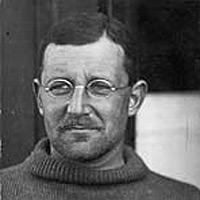 Pick one of the members of Shackleton's crew.

Research the individual that you have chosen and summarise who they were.

Make sure you answer these questions:

Where were they from, where and when were they born?

Why did Shackleton choose them to work on the expedition?

What experiences did they have that helped them in the Antarctic expedition?

Complete the BBC Bitesize lesson for understanding Similies and Metaphors